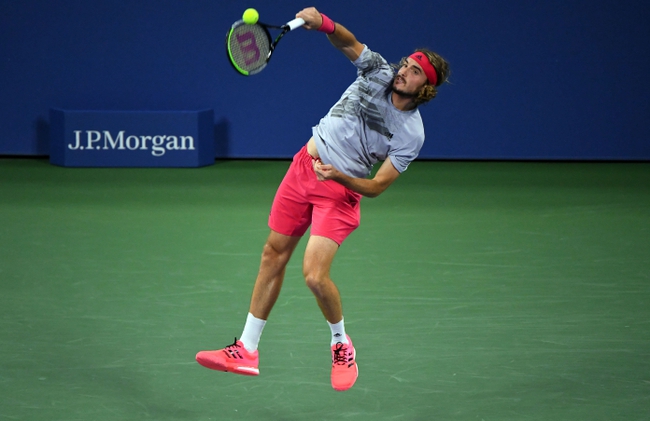 Stefanos Tsitsipas meets Jaume Munar in the first round of the 2020 French Open on Tuesday, September 29th 2020. Will Tsitsipas continue his strong run of form which saw him reach the final on Sunday in Hamburg, or will the clay-court specialist Jaume Munar cause an upset?

Jaume Munar is an extremely solid player on clay and rightly so being one of the many professional tennis players to have come out of the Rafael Nadal Academy. Munar is an extremely fast mover on a clay court and he can basically hit any shot from anywhere with his power. I expect Munar to be a little sloppy even with all his experience on the surface because of his lack of playing time since he retired in his first round match at the US Open due to injury. Munar will want to take advantage of any opportunity he will take to make it far here at the French Open, but he faces a very tough ask with Stefanos Tsitsipas.

Stefanos Tsitsipas bounced back incredibly well after his terrible loss to Jannik Sinner in the second round of the Rome Masters by reaching the Final of the 2020 Hamburg Open last week. Tsitsipas played very well in the final and was able to come back from a set down to be serving for the match at 5-4. However, as we have seen recently with Tsitsipas he has not been the best at closing out matches. Andrey Rublev took his chances and in the end broke Tsitsipas twice in a row to win the title in Hamburg. This should not take anything away from Tsitsipas' remarkable run to the final and I am sure this will have been the best preparation for the Greek coming into Roland Garros.

This is going to be the second meeting between both players, with Stefanos Tsitsipas leading the head to head 1-0. I expect this to be a tight match, especially with Tsitsipas only arriving in Paris on Monday and having to play on Tuesday without acclimatizing to the cold and slow conditions which we have seen over the last two days. However, Tsitsipas is determined and he will definitely put on a performance here against Munar. Munar is going to give it his all, but Tsitsipas is the better player with more experience.