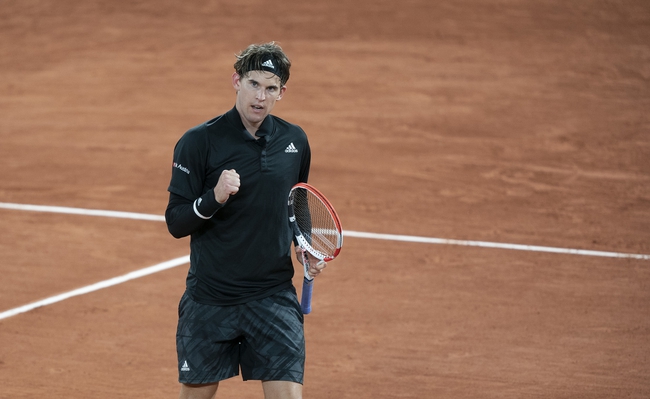 The Prince of Clay, Dominic Thiem, meets the veteran, Jack Sock, in what is going to be an extremely fun second round encounter here at the French Open on Wednesday, September 30th 2020. Will Sock be able to cause another shocking upset, or will Dominic Thiem continue his super run of form?

Jack Sock was not expected to be here under any circumstances. Sock was contemplating retirement just a year ago and now he is in the second round of Grand Slams. Sock beat the fellow American and high favourite Reilly Opelka. Opelka would have won that match if it was on a hard court, but because we are on clay, and you need to be able to move better here, Sock had the upper hand because of his smaller build and speed around the court. Sock will now face probably the second or third toughest challenge here at Roland Garros, beating Dominic Thiem.

Dominic Thiem has maintained his superb run of form after winning the US Open, beating Marin Cilic in straight sets. Dominic Thiem is a stronger favourite here than Novak Djokovic that is for sure, but he will have to be in the best form of his life if he is to stand a chance against Rafael Nadal. Dominic Thiem, however, is a pleyer who is very composed and he has his eyes focused on this second round encounter against Jack Sock. Thiem knows that Sock loves to play high up the court and he will have to ensure his defensive game is on point.

This is going to be the fifth meeting between both players, with Dominic Thiem leading the head to head 3-1. These two have not played against each other in 2 years and they have never played on clay. If this was a few years ago, when Sock had won the Paris Masters and if they were playing on hard courts then maybe this match would be closer. However, we are at Roland Garros where Thiem is getting closer and closer to winning the title. I expect Thiem to win here without any issues. Thiem will win this in straight sets.