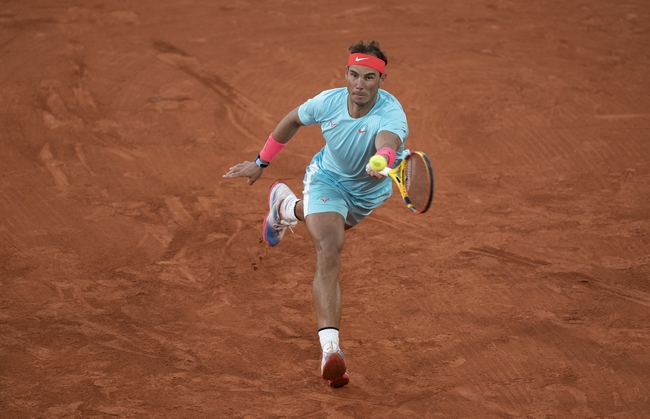 The King of Clay, Rafael Nadal, continues to march on here in Paris as he looks to make it to the third round at the French Open. In his way, McKenzie McDonald. Rafael Nadal performed superbly in his opening round match, but will the young American pose a threat on Wednesday, September 30th 2020.

McKenzie McDonald came through a tough first round match against Steven Diez. McDonald lost the first set, but maintained his composure and was able to bounce back and win the next 3 sets. What was crucial for McDonald was both his opponents terrible second serve percentage, only winning over 30% of his second serve points, and also McDonald's great break point conversion, converting 70% of his chances. McDonald used to be a player with a lot of promise and potential, however, he has not fulfilled it. It is going to be hard to see him come back strongly on the tour and I think he will mainly focus on the challenger tour.

Rafael Nadal put on a display against Egor Gerasimov, beating the Belarusian in straight sets. Nadal seemed to be able to hit the ball perfectly, although he had complained about the balls. Nadal looks ready to lift his 13th Roland Garros title this season and he will surely come through these first few rounds without any threat. The King of Clay is something different on clay and he will not be afraid to give. it his all against someone like McKenzie McDonald who just does not have the game to compete with the Spaniard.

This is going to be the first meeting between both players, and McDonald does not stand a chance here. Rafael Nadal will come out here determined to end this match quickly and prepare himself for the next round. McDonald will have to pray, pray, and pray even more if he is to even have hope here. Nadal is the King of this court and he has only lost 2 matches here in 15 years. I expect this to be a straight sets affair and for Nadal to be off the court rapidly.