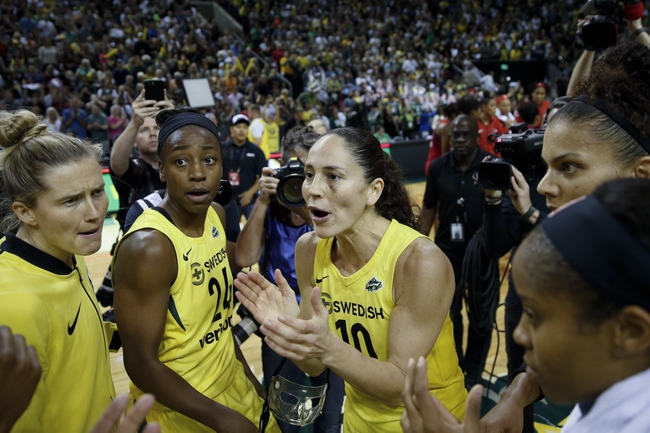 The Las Vegas Aces and Seattle Storm meet Saturday in WNBA action at the IMG Academy.

These are two of the hotter teams in the league, but the Seattle Storm get the clear edge based on depth and defensive effort. While the Storm are beating teams into the ground, Las Vegas has the ability to allow teams to hang around with a back and forth style. Do that against the Storm and you lose big. I'll lay the chalk with the Storm.