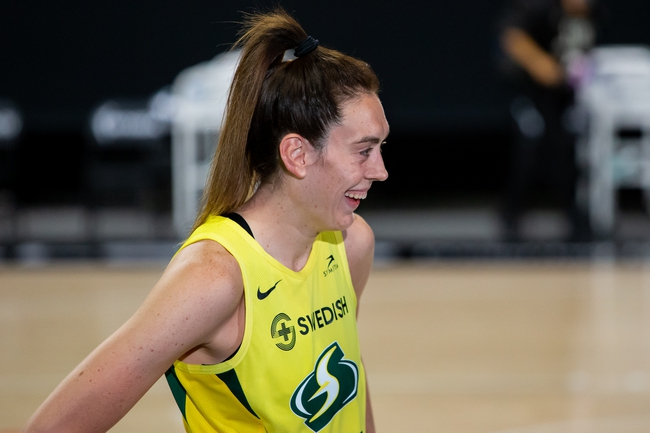 The Seattle Storm and Las Vegas Aces meet Sunday in game two of the WNBA Finals at the IMG Academy.

The Seattle Storm are the better team here and continue to play at a ridiculous level offensively to the point the line continues to jump from game to game. The Storm should be favored here and we've backed them a lot in the bubble. However, this is pretty much a must win if the Las Vegas Aces are going to win this series, and their defensive pressure did give the Storm issues in the second half of game one. The Aces trimmed a near 20-point deficit to one point in less than a quarter before Stewart and Bird came back in and built the lead up again. Bottom line, the Aces defense gives them a shot in this series and I'm not eager to lay more than five or six points in these games.