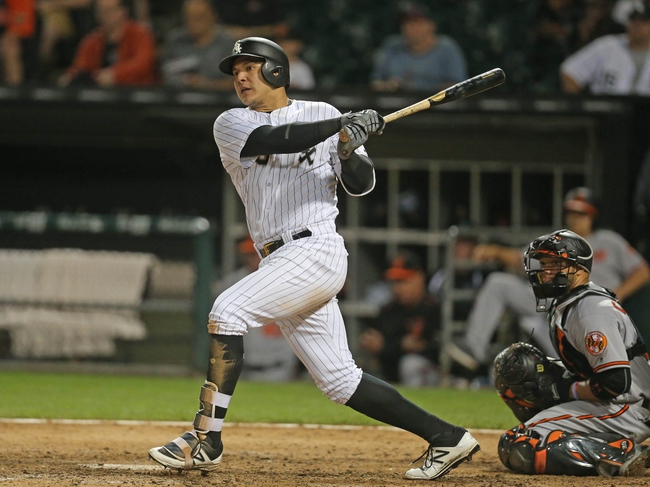 The Chicago White Sox end their MLB baseball series against the Baltimore Orioles on Wednesday.

The Baltimore Orioles have been in a major funk which has them trying to avoid the American League East basement. The Orioles had lost seven consecutive contests heading in to Wednesday and are looking like the in 2016 where the team looked like a challenger in the American League East before falling out of favor. The question is can the team regain their mojo or struggle going forward. As I see Baltimore I see a team with little speed and average across the board numbers at the plate which puts far too much faith in a below average pitching staff.  Chris Tillman draws the start in the final game of the series at the White Sox on Wednesday. Tillman comes off of a 16-3 loss at the Yankees with nine runs allowed on seven hits including three homers in 1.1 innings.

The Chicago White Sox are in search of a prolonged hot streak that will help them get over .500. The White Sox are trying to get back in the American League  Central  race but they have a long row to hoe to get there. There was a time when the CWS were a team to watch in the division but those days are gone as the  team slowly got rid of their older players and rebuilt. Chicago still needs a boost in most areas with average offensive numbers that says the team needs a power surge and  lacks speed while the work on the mound tells you more help is needed from the bats. David Holmberg toes the rubber for  his 4th start of the 2017 season on Wednesday. Holmberg defeated Cleveland 5-3 on the road last time out with two runs scoring on three hits and a BB over five frames.