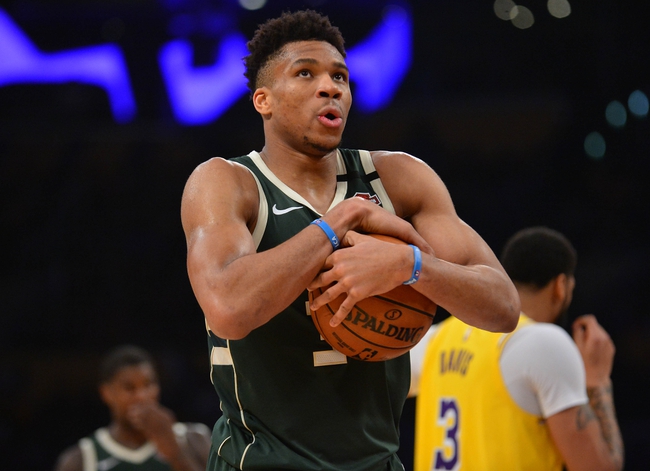 Here’s your daily roundup of all the NBA news that’s affecting the 2019-20 season restart and playoffs. Today we’re visiting with a few player notes and rumors from around the league, so let’s dive right into the latest NBA updates. Check back all season long for free NBA picks and NBA predictions at Sports Chat Place.

Avery Bradley Will Sit Out - We’ve seen a few players publicly announce that they’re sitting out of the NBA’s 2019-20 season restart, for various reasons. The Wizards’ Davis Bertrans and the Blazers’ Trevor Ariza have elected not to participate, and now Lakers guard Avery Bradley will be joining them.

Much of Bradley’s decision involves the well-being of his oldest child, 6-year-old son Liam, who has a history of respiratory illness and would not likely be cleared to reside in the NBA bubble during the restart. Los Angeles is poised to go deep into the playoffs, which would mean Bradley would be separated from his family for upwards of three months.

As previously announced, players who opt out of the restart will not face any penalty from the league outside of lost salary from those games. Bradley, who has started 44 games for LA this year and was averaging 8.6 PPG, 2.3 RPG and 1.3 APG, will miss out on upwards of $650,000 in salary but won’t have to endure being separated from his family for that extended period. I think most people in his position would make that same decision.

With Bradley gone, who will the Lakers turn to in order to fill those minutes? Well, one interesting rumor floating around out there has the team picking up LeBron James pal JR Smith, who won a championship with James in Cleveland but hasn’t played in the NBA this season. If Los Angeles does indeed go that route, the team could split Bradley’s court time between Smith and a few other role-players on the roster. Stay tuned on this one, Lakers fans.

Giannis Antetokounmpo Injury Status - Way back on March 6 (which seems like a thousand years ago at this point), Bucks star Giannis Antetokounmpo injured his knee after a dunk attempt. The NBA halted activity a week later, and he wasn’t able to get back onto the court.

Today we got an encouraging update on the status of Antetokounmpo’s injury, and according to Bucks coach Mike Budenholzer his star player is “completely and totally healthy.”

Milwaukee was careful to manage Antetokounmpo’s court time throughout the season, and he was still pouring in the stats averaging just under 31 minutes per game. The Bucks were on a torrid pace prior to the shutdown, logging a 53-12 record and an 81.5 percent win rate, which translates to the sixth-highest in NBA history. Four of the five teams ahead of the Bucks in winning percentage rankings went on to win championships, with the lone exception being the infamous 73-9 Warriors.

Nikola Jokic Postive Virus Test - We’ll finish up today with an issue that’s sure to build steam in the coming month. The NBA began testing players for coronavirus this week, and we’ve got our first notable ID on a positive test in the Nuggets’ (newly-slimmer) Nikola Jokic.

The good news is that the league has timetables and protocols in place for positive tests, and we’re sure to see plenty more players have to go through that process. We’ll keep you posted as the information comes in, as there will be plenty more.