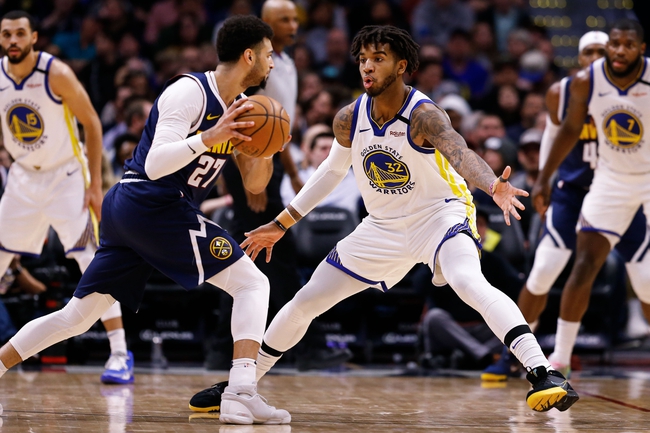 The Denver Nuggets have to be feeling good about themselves after making a trip to the conference finals. The Nuggets have their rotation in place from a few months ago with Nikola Jokic, Gary Harris and Jamal Murray leading the way, but there’s plenty to look forward to in the preseason. This is a chance to see if Michael Porter Jr. is ready to take that next step after playing well in the bubble. We also get to see a healthy and productive Bol Bol, which would be massive for the depth of these Nuggets. Guys like P.J. Dozier and RJ Hampton also have minutes on the table here at the backup shooting guard spot. If the Nuggets are serious about being title contenders, the preseason work is where it starts. Will Barton and Vlatko Cancar remain out indefinitely with injuries.

The Golden State Warriors will play their first game since March 10 and have won just six games since January. For the first time in ages, we’ll get to see Stephen Curry play basketball. Kelly Oubre also looks to prove himself in a key role for these Warriors. Jordan Poole and Damion Lee need to play with the same energy they did last year when all of the Warriors stars weren’t around. James Wiseman and Draymond Green remain day-to-day due to COVID-19, and reports indicate they probably won’t play in the preseason at all. Klay Thompson is obviously out for the year due to an Achilles injury. The Warriors aren’t as appealing as past seasons, but the return of Curry makes them somewhat relevant.

The Denver Nuggets are one of the deepest teams in the league, and this preseason will give talented players such as Porter and Bol Bol a chance to prove they're ready for that next step. The Golden State Warriors have Curry back, but they're also a very thin team and probably won't have Green or Wiseman for any of their preseason games. There's only so much Curry can do.

The Nuggets cruise here because of the depth.