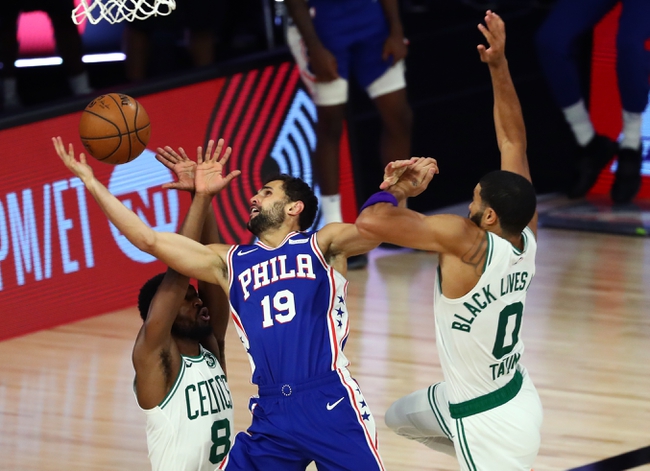 The Boston Celtics are coming off  conference finals trip where they lost to the Miami Heat in six games. The Celtics will look a little different with no more Gordon Hayward, but they’re pretty much the same roster outside of that subtraction. Kemba Walker will be sidelined due to a knee injury, and there’s a good chance he won’t be back until January. It’s going to be nice to see if Jayson Tatum can take another step toward becoming a superstar, while younger players such as Semi Ojeleye, Robert Williams and Carsen Edwards look to gain more consistent playing time. The Celtics also still have the legend Tacko Fall on their roster, and the preseason is where he should get a decent amount of minutes. Tristan Thompson is day-to-day with a hamstring injury.

The Philadelphia 76ers were swept by the Boston Celtics in the first round the last time we saw them. The 76ers have a new head coach in Doc Rivers and it’s going to be interesting to see how he can get the best out of Joel Embiid and Ben Simmons. The 76ers also made quiet offseason moves by adding shooters in Seth Curry and Danny Green, and the addition of Dwight Howard adds much needed size in the post. As for the preseason, youngsters Furkan Korkmaz, Shake Milton and Terrance Ferguson will have a chance to move up the depth chart with decent showings. However, with only two preseason games, it wouldn’t be shocking to see the starters get the bulk of the minutes to make sure they’re ready for when the games count. Matisse Thybulle is day-to-day with an ankle injury.

The Boston Celtics are worth a look in the underdog role given that they've beaten up on the Philadelphia 76ers in past meetings. However, the 76ers have a few more things to work out roster wise and they have to get comfortable with a new head coach. We likely see the 76ers key players a bit longer in this spot. I'll lay the bucket with the home team.