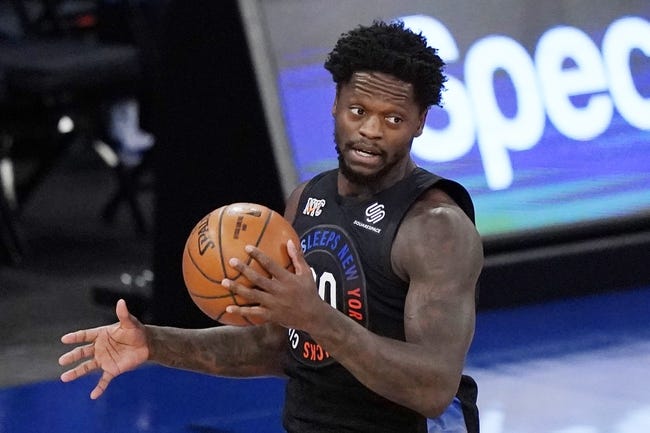 The New York Knicks and the Sacramento Kings collide at the Golden 1 Center on Friday night.

The New York Knicks have been surprising a few teams this season as they’ve won seven of their first 15 games and they will be aiming for a third straight win after taking down the Magic in a 91-84 home win on Monday. RJ Barrett led the team with 22 points, 10 rebounds and four assists, Julius Randle added 21 points with 17 rebounds while Reggie Bullock chipped in with 13 points. As a team, the Knicks shot just 35 percent from the field and a miserly five of 27 from the 3-point line, but their defense kept them on the front foot right from the start after holding the Magic to just 13 points in the first quarter and 16 points in the third quarter. The Knicks committed just six turnovers and outscored the Magic at the free throw line by 24-14.

Meanwhile, the Sacramento Kings have been in a real slump lately as they’ve lost nine of their past 11 games and they will be hoping to avoid a fifth straight defeat after getting routed by the Clippers in a 115-96 road loss on Wednesday. De’Aaron Fox led the team with 25 points and seven assists, Buddy Hield scored just 13 points while Marvin Bagley scored just 10 points and eight rebounds. As a team, the Kings shot 45 percent from the field and 13 of 28 from the 3-point line as they got off to a nice start, before getting rolled in the second and third quarters where they were outscored by a combined 70-46.

Head to head, the under is 5-0 in the last five meetings overall and the Knicks are 5-1-1 ATS in the last seven meetings in Sacramento.

The Knicks have been in surprisingly good form lately and they will take a lot of confidence from their gritty win over the Magic in their last outing, while the Kings’ struggles have continued as they’ve allowed an average of 128.3 points during their current four-game skid. It’s hard to get too excited about the Knicks as you don’t know how long it’ll last, but they’re doing great compared to Kings and they are 5-1-1 ATS in the last seven meetings in Sacramento. I’m taking the Knicks to escape with the upset in this one.