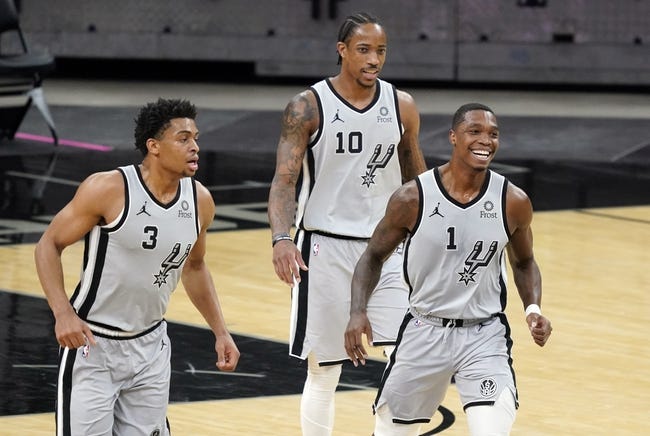 The Memphis Grizzlies travel to the AT&T Center to do battle with the San Antonio Spurs on Saturday night.

The Memphis Grizzlies have been in nice form so far this season as they’ve won seven of their first 13 games and they were riding a five-game win streak, before having their last five games postponed. The Grizzlies haven’t seen the court since Jan 18 where they outlasted the Suns by 108-104. Ja Morant led the team with 17 points and 10 assists, Brandon Clarke added 17 points on eight of 13 shooting, Grayson Allen scored 16 points off the bench while Xavier Tillman chipped in with 12 points. As a team, the Grizzlies shot 49 percent from the field and 11 of 26 from the 3-point line as they trailed late in the fourth quarter, before closing the game on a 14-6 run in the final 2:39 to escape with the win.

Meanwhile, the San Antonio Spurs have been in great form lately as they’ve won nine of their past 13 games and they will be aiming for a fourth straight victory after taking down the red-hot Nuggets in a 119-109 home win last night. DeMar DeRozan had the hot hand as he led the team with 30 points and 10 assists on 11 of 14 shooting, Dejounte Murray added 26 points, Keldon Johnson scored 19 points while Patty Mills chipped in with 17 points off the bench. As a team, the Spurs shot 54 percent from the field and 10 of 23 from the 3-point line as they set the tone with 37 points in the first quarter, before pulling away in the fourth quarter where they outscored the Nuggets by 32-23.

Head to head, the Grizzlies are 3-1-1 ATS in the last five meetings in San Antonio.

The Grizzlies will be itching to get on the court as they were riding a season-high five-game win streak before having their last five games postponed. The Spurs are back to full strength and it has shown as they’ve won nine of their past 13. You can make an argument for either side here, but given the unique circumstances, I’m going with the Grizzlies to resume their season with an upset win in this one.