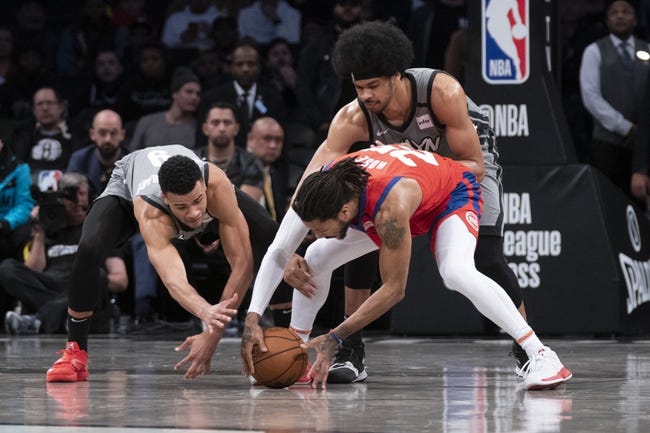 The Brooklyn Nets and Detroit Pistons meet Tuesday in NBA action at the Little Caesars Arena.

The Brooklyn Nets are possibly the most talented roster in the league, but they're still not playing much defense and aren't covering numbers. The Detroit Pistons are a team I've faded a ton this season, but the effort has improved lately, which includes taking the Lakers to double overtime, and they're only losing at home by an average of 0.6 points. There's better options out there, but I'd grab the points with the Pistons if forced to pick this contest.