The Sacramento Kings invade the Chesapeake Energy Arena to take on the Oklahoma City Thunder on Tuesday night.

The Sacramento Kings have been in decent form lately as they’ve won five of their past eight games and they will be aiming for a third straight win after blowing past the red-hot Mavericks in a 111-99 road win on Sunday. Buddy Hield drained six 3-pointers to lead the team with 27 points, Marvin Bagley added 23 points on 10 of 16 shooting, Delon Wright scored 14 points on seven of nine shooting off the bench, while Richaun Holmes chipped in with 17 points on seven of 10 shooting. As a team, the Kings shot a healthy 55 percent from the field and 11 of 28 from the 3-point line as they set the tone with 36 points in the first quarter to take the early lead, before holding the Mavericks to just 18 points in the third quarter where they led by as many as 18 points.

Meanwhile, the Oklahoma City Thunder have been in terrible form as they’ve lost 20 of their past 22 games and they will be hoping to snap a three-game skid after falling just short to the Suns in a 123-120 home loss on Sunday. Darius Bazley led the team in scoring with 19 points, nine rebounds and three assists, Theo Maledon added 18 points while Kenrich Williams and Ty Jerome each scored 15 points. As a team, the Thunder shot 48 percent from the field and 13 of 30 from the 3-point line as they led by eight points in the first quarter, before the Suns poured in 71 points in the second and third quarters combined. The Thunder trailed by as many as 18 points in the fourth quarter before rallying late to make it interesting late. Aleksej Pokusevski scored just four points in 10 minutes of action after leading with a leg contusion on Sunday.

The Kings will again be without Tyrese Haliburton, De’Aaron Fox and Harrison Barnes, while the Thunder could be without Pokusevski who is listed as questionable for this one. Both teams are going to be severely shorthanded in this one, but there is just a little more to like about the Kings who at least have Buddy Hield who is coming off one of his best games of the season. You couldn’t trust either team with much confidence lately, but I’m leaning towards the Kings in this spot. 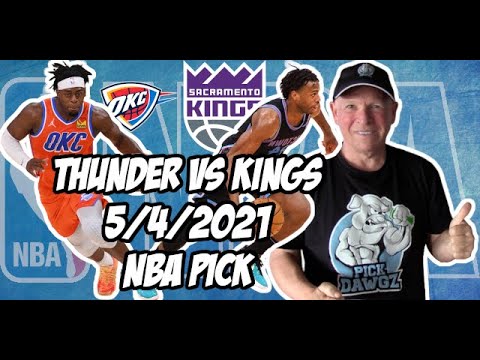